Jeri Cooper, President
Jeri Cooper is currently a rehabilitation teacher for the DeafBlind in Oklahoma. Jeri is very active in her church at First Baptist in downtown Tulsa as well as organizations such as the Green Country DeafBlind Support Group, American Association of the DeafBlind, and the Tulsa Chapter of the Oklahoma Council of the Blind. She loves baseball and football, enjoys visiting with friends and always jumps at the opportunity to meet new people and to learn new things. She gives thanks to her Savior Jesus Christ and believes that if you have faith in God and in yourself, you can change your stumbling blocks into stepping stones.

Cassandra Oakes, Vice President
Cassandra Oakes was born in 1959 with a profound hearing loss. At age 19, she was diagnosed with an eye disease known as Retinitis Pigmentosa (RP) and caused blindness to begin during the second decade of her life. She has accomplished numerous goals, both personal and professional, and is the founder and president of a non-profit organization called Sight-Hearing Encouragement Program. (SHEP). Her belief is: "You're born with a 'can' gift in you to overcome the 'can't' that came with you."

Daniel Meek, Treasurer
Daniel Meek is a compliance officer for a small investment firm in Bethany, Oklahoma. He has a bachelor's degree in accounting and is currently pursuing CPA certification. Daniel was diagnosed with Retinitis Pigmentosa at age fifteen, which is an eye condition that leads to blindness. In his late thirties, his diagnosis was modified to Usher Syndrome Type III, which leads to deafness as well. He is an active member in the Heartland Council for the blind and volunteers for the Sight-Hearing Encouragement Program. Daniel currently resides in Mustang, Oklahoma with his wife and two daughters.

Colleen Shorrock, Secretary
Colleen and her husband, Steve, moved to Oklahoma in October of 2015; after living in Texas near their five children and five grand children. Recently retired, she decided to finish college and entered the interpreting program at Tulsa Community College. Colleen is currently enrolled in the University of Arkansas cohort program majoring in Educational Interpreting.  Her volunteer efforts and community involvement as an interpreter and support service provider include the Broken Arrow Deaf Church and the Green County DeafBlind Club.

Roger Smith, Board Member at Large
A Tulsa resident, Roger began a metal fabricating career in 1970 after leaving the military. Over the years, he has had the opportunity to build a variety of things from an acrobatic airplane frame, to beautiful spiral staircases and custom street rods. Today Roger currently lives in Tulsa with his beautiful wife Beverly, "who is glad to have her garage back". He is and has been involved in the Deaf community for over 20 years, and sits on the board of TSHA, and recently became a board member of Jeri's House, another non-profit company located in Tulsa.

Allison Fallin, Board Member at Large
Allison was raised in a Philadelphia suburb, went to public school in sixth grade, after being a day student at the Overbrook School for the Blind.
She went to college and majored in English so words have always been important to her.
She first got involved with deafblind issues when she had the joy of marrying her late husband Joe Fallin, whose board position she is filling.
The scope of deafblindness really impacted her when they had a Tulsa Council of the Blind meeting and a representative of Total Source for Hearing Access (TSHA) came and played "Unfair Hearing Test", a group of ten words. She could barely understand any of them, and then she found out that that's what people with a severe hearing loss hear all the time. It gave her a new understanding of the difficulties DeafBlind people face, and living with someone who was DeafBlind only deepened that understanding and passion to see Jeri's house become a reality.

Dr. James S. Bissland, DC, Board Member at Large
Dr. James Bissland is a 2nd generation chiropractor.  Both his father Dr. J. R. Bissland, and Dr. James were born with limited vision.  Dr. James graduated from the Oklahoma School For The Blind in 1976.
Dr. Bissland went on to college, and graduated with his doctor of chiropractic degree from the Palmer College of Chiropractic, Davenport, Iowa  in October of 1985.  He practiced with his father in Florida from November, 1985 until relocating to Tulsa in February 1995.
Dr. Bissland has been an instructor in x-ray technology, meridian therapy, and light therapy, as well as full time practice since graduating from Palmer College.
He married Lisa Borton November 27, 1992.  They had one son, James Thomas Bissland, and were married until Lisa passed away from cancer in October of 2019. 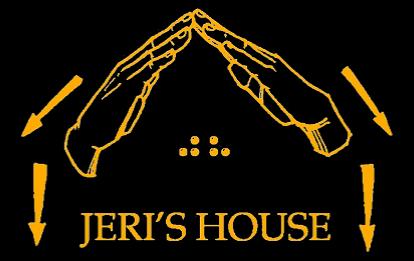 Welcome to the Web Home of
Jeri's House, Inc.!